Fagaras Fortress is the most important monument of Fagaras, one of the largest in the country and even Europe. 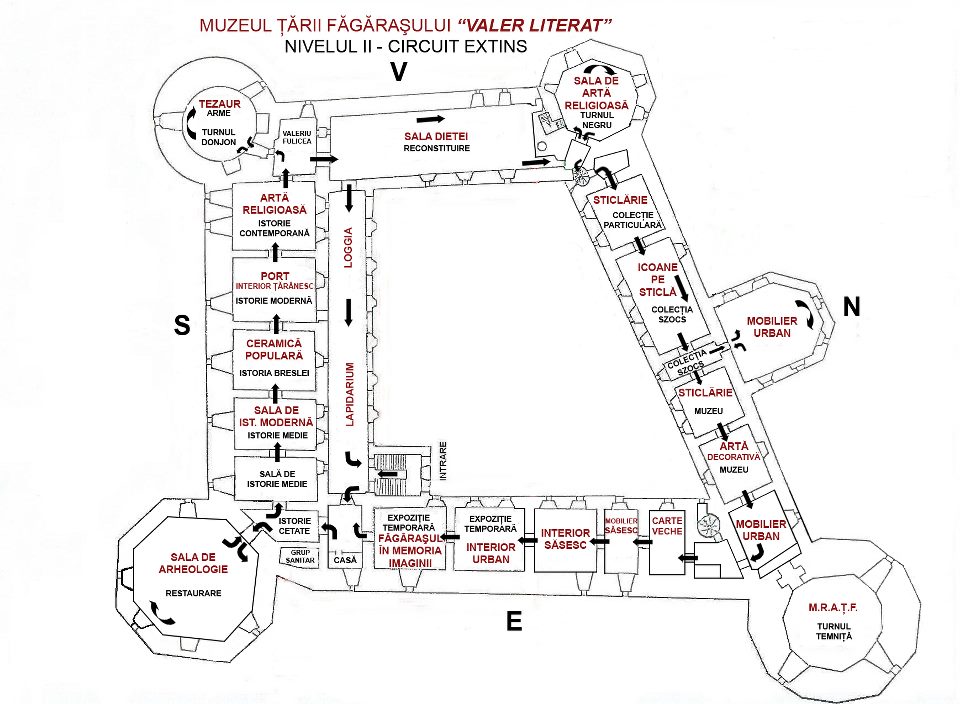 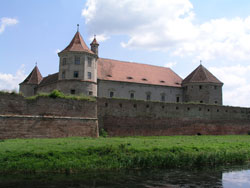 The feudal Castle in Fagaras, whose construction began in the late fourteenth century and continued through successive additions until the middle of the eighteenth century, was preceded by a wooden fort, surrounded by a moat and wave of land, archaeological attested to XII century.

This fort, evidence of local feudal political organization as a "voivodat", was destroyed in the middle of the thirteenth century, following a serious fire, as attested by the remains revealed from archaeological excavations that accompanied the restoration. 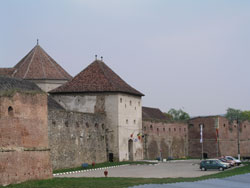 In XV century the fortress of stone and brick from Fagaras, which was a military defense fortress, had a quadrilateral enclosure with four towers and bastions at the corners and a barricade type tower outpost on the east side.

After the splitting of the Hungarian Feudal Kingdom in 1541, following the defeat of Mohacs, Transylvania became an autonomous principality under Ottoman suzerainty. In this framework, the domain and the Fagaras fortress became the property of hereditary princes of Transylvania. Many have given Fagaras special attention contributing to cultural and economic development of entire area. 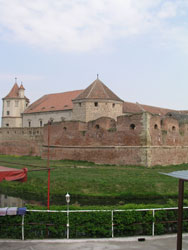 Michael the Brave, ruler of the Romanian Country between the years 1593-1601 and the first unifier of the three Romanian countries had, according to an ancient "voivodal" tradition, the title of "herteg of Fagaras", and since 1597-1599 claims the domain as his territory based on an "ius antiquum vaivodarum valachiae transalpinae ("voivodal" old law of the Romanian Country).
In 1599, following the campaign in Transylvania, Michael the Brave comes into possession of the Fagaras domain and at the end of the year the city and the domain are given to his wife Domana Stanca, becoming the place to shelter their assets and family.
Michael the Brave gave special attention to Fagaras due to its strategic location: in April 1600 the castle becomes the meeting point for his armies before the campaign of Moldova and in the autumn of 1600, after the defeat at Miraslau, he also regrouped his forces here.

In the eighteenth century, adaptations and additions to the building are made, changes that will culminate with the transformation in a nice princely residence of the Fagaras Fortress, the culmination period of time for this majestic monument.

Following these works made in the eighteenth century, Fagaras Fortress is the residence of the princes of Transylvania and the political-administrative center of the great domain of Fagaras, and becomes an imposing medieval center.

Then, major works were undertaken in the Fagaras Fortress led by the principles Rackozi Gabriel Bethlen and Gheorghe Rackozi I. 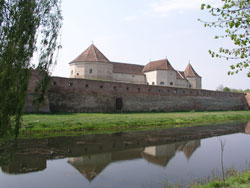 Thus, Gabriel Bethlen (1613-1629) made in the open loggias on massive piles of masonry arches. Simultaneously, in the corners of the castle are built the four bastions an Italian style pillbox (three "with ears" and one form of "feather").

During Gheorghe Rackozi I ’s rule (1631-1648), the exterior walls were doubled on the south side and north side and the space created was filled with earth, obtaining an 8 feet thick wall. Also, he builds on the northern part of the east side the guards building, and the defensive moat around the castle is widened, made deeper and filled with water from the river Olt, becoming a real lake.

The domain of Fagaras (the Fagaras Country) becomes one of the largest and richest areas of Transylvania, including over 50 villages administered by two secondary courts.

Since 1696, after penetration of the Austrian army in Transylvania, Fagaras became Crown property of the Habsburgs.

Change of the Guard

The castle castle guards will by wearing medieval costumes and can be seen each Saturday and sunday at 11:00. This way the municipality tries to reinstate some of the medieval atmosphere at the fortress.

Swans will complete the new image.

This should depict a description of the castle made in the 17-th century. 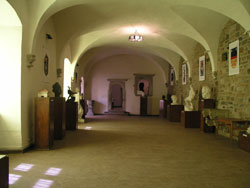 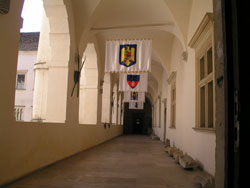 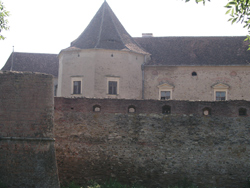 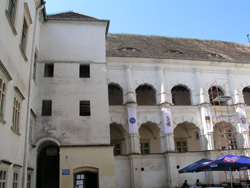 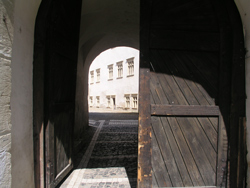 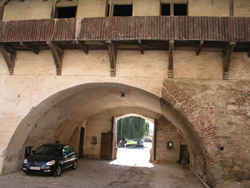 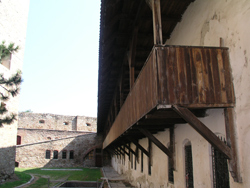 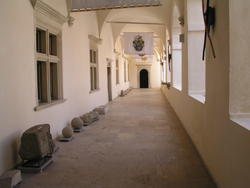 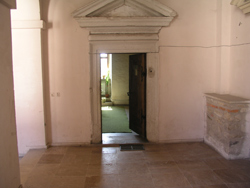 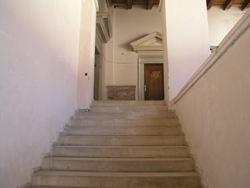 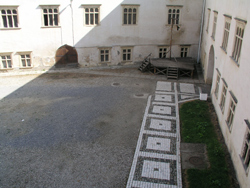 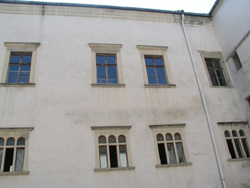 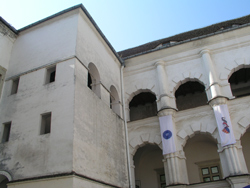