Attractions of the town of Fagaras 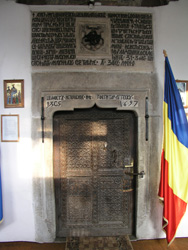 This architectural monument was built by Constantin Brancoveanu and is the oldest place of worship in the city. It was built between 1697 and 1698, works for leading the work the artist Ratescu being sent here. The painter Preda from Campulung painted the nave and altar. His signature has remained in the altar until today. The pronaos was painted after 1772 with the expense of a wealthy member of the guild of Tanners Fagars. The church was then taken as a model for other craftsmen who made similar works in the Fagaras Country. 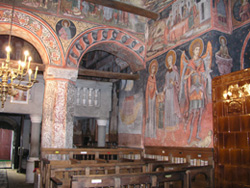 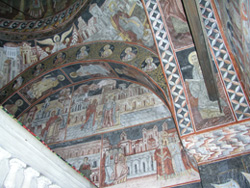 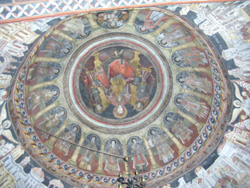 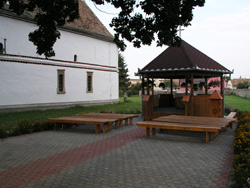 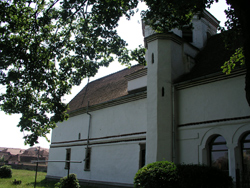 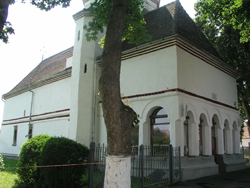 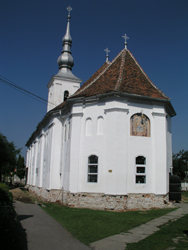 The construction of this church and the school nearby began in 1782. The church was completed in 1783 and its tower in 1791. Here are various artistic values among which we find two icons painted in oil in 1725. The existence of the church was very much tied to Romanian merchants who supported it with funds and to the names of intellectuals aimed at raising the cultural level of the people.

Located next to the House of Culture, the sculptor Basil Blendea celebrated the very famous shepherd traveler from Cartisoara. By his name are related episodes of fight for justice and unity of the Romanian people in the late nineteenth and early twentieth century. Badea Cartan is known to have brought a large number of books for his brothers in the villages near Fagaras. He was arrested and imprisoned several times and the books were seized by the authorities. He carried the books with great difficulty on the mountains in a bag. He died in 1911 and was buried in Sinaia. 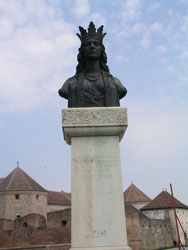 Was unveiled in 1938, being created by Spiridon Georgescu , by the initiative of Nicolae Iorga. The statue is depicting the Romanian “voivod” wife, the first artisan of uniting all three principalities. She was mistress of this land during 1599-1601, by receiving the castle from her husband, the great "voivod" Michael the Brave, after he became Prince of Transylvania. 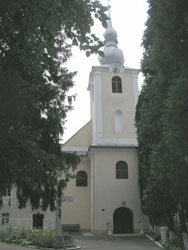 Since the fifteenth century there was a monastery in Fagaras with a Roman Catholic Church. The buildings have been completed in 1737. 1760 was a great fire that destroyed the church roof. The following year the church was rebuilt in Rococo style. The church has an organ dated back to 1895. This church finds itself in the list of architectural monuments.
The Evangelical Church was built between the years 1842-1843, after the previously existing buildings were also destroyed by fire one by one. On entering the church are three funerary monuments dating from the first half of the nineteenth century, monuments that have the insignia of the Wheel and Tanners Guilds carved on them. The church has a unique organ. 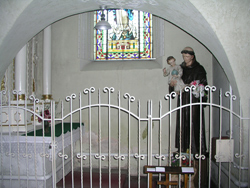 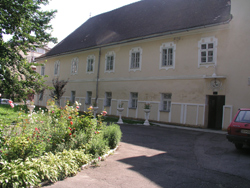 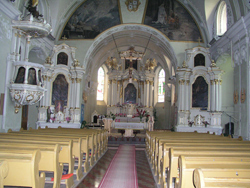 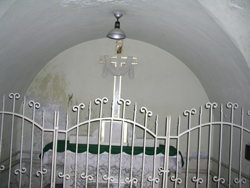 Central Park and the alley around the Castle

In the city center there is a large park for walking and admiring nature arranged. Park is a gathering place of older people but also the children can play freely here.
Another good place for walking and relaxation is the alley that surrounds the castle. This alley is near the castle of Fagaras, surrounding the lake on the outside. Old trees that are on the left and right of the alley makes it to be shaded and relatively cool in the warm days of summer. If you want to admire the castle, lake or birds you can sit on one of the many banks which are found from place to place on the alley. When we reach the eastern side of the castle we can admire the Cathedral which is still under construction, but has a well-defined design. 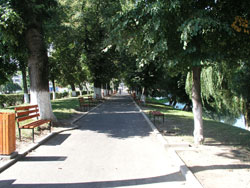 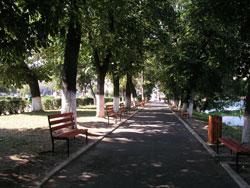 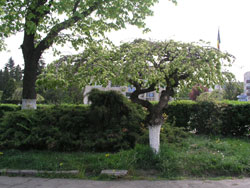 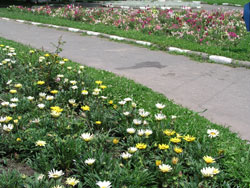 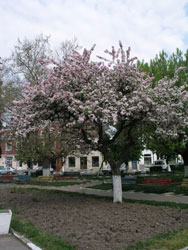 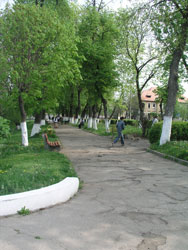